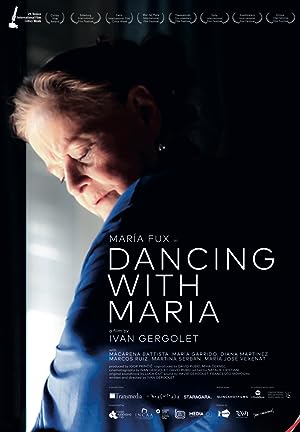 How to Watch Dancing with Maria 2014 Online in The UK

The cast of Dancing with Maria

What is Dancing with Maria about?

Maria Fux is a 90 years old Argentinian dancer. In her studio in Buenos Aires she is dancing, teaching and conserving the elegance and the energy of a young performer. She gives to people in her classes the possibility to develop their own way of expressing themselves. After a period of training with her, a lot of them spring out, as if something new is waking up. They take part in one of the most ancient human struggles: the battle of human beings against their limits. Maria Fux is not an exception. She is pushing her old body to the limits, but there's an unknown force coming from inside, that makes her still dancing. This film wants to tell the power of that force.

Where to watch Dancing with Maria