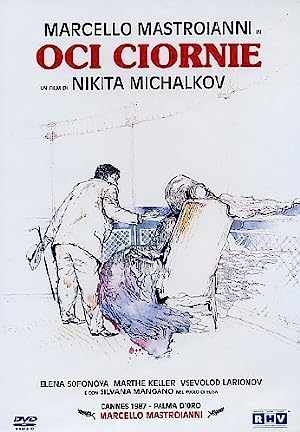 How to Watch Dark Eyes 1987 Online in The UK

The cast of Dark Eyes

What is Dark Eyes about?

Aboard a ship early in the 20th-century, a middle-aged Italian tells his story of love to a Russian. In a series of flashbacks filmed almost entirely in creams, whites, and ochers, the clownish and superfluous Romano Patroni leaves his wife's opulent home to visit a spa where he falls in love with a Russian woman whose marriage is a horror. He pursues her into the Russian heartland and returns to Italy resolved to leave his wife and marry his love. His amazed and appreciative Russian listener then narrates a shorter story.

Where to watch Dark Eyes