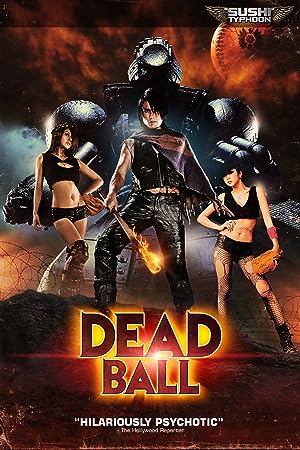 How to Watch Deadball 2011 Online in The UK

The cast of Deadball

What is Deadball about?

Baseball prodigy Jubeh Yakyu (Tak Sakaguchi) is the most feared and dangerous juvenile delinquent in all of Japan. After accidentally causing the death of his father with a super-powered, deadly fireball pitch, Jubeh swore off baseball and became a criminal and now, at 17, has been sent to the Pterodactyl Juvenile Reformatory for hardened criminals. Headmistress Ishihara, the granddaughter of a World War II Nazi collaborator, runs the institution with an iron fist and the enthusiastic help of her sadistic assistant, Ilsa. After arriving at the hellhole, Jubeh soon learns from governor Mifune that his long-lost, younger brother Musashi had also done time there after a murder spree, but had since died mysteriously.

Where to watch Deadball