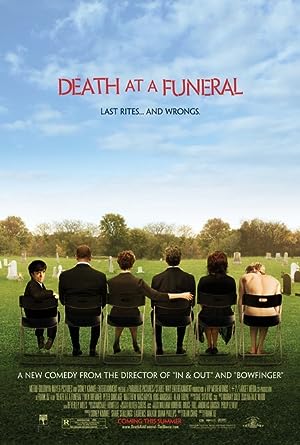 The cast of Death at a Funeral

What is Death at a Funeral about?

Daniel is a decent young man, married to Jane, still living at his father's home. When his father dies, it is up to him to organize his funeral. On this painful morning, the suitable grave expression on his face, Daniel is ready to welcome his father's friends and relatives. But preserving the dignity inherent in such circumstances will be a hard task. Particularly with an undertaker who botches his work, the return from the USA of his famous but selfish brother, his cousin's fiancé who has accidentally ingested drugs, the presence a moron who takes advantage of the sad event to win back the heart (or rather the body) of a woman who is about to marry another, of a handicapped old uncle who is also the most unbearable pain in the neck. To cap it all, Daniel notices the presence among the mourners of a mysterious dwarf nobody else seems to know...

Where to watch Death at a Funeral

More Comedy tv shows like Death at a Funeral