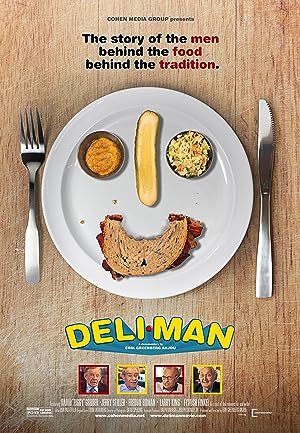 The cast of Deli Man

What is Deli Man about?

This documentary focuses on Ziggy Gruber, who co-owns a large deli in Houston and is also the grandson of the original owner of the Rialto Deli, the first Kosher deli to open on Broadway in New York City in the 1920s. The deli is the main love in this man's life. While the film also covers other famous Jewish delis in Manhattan, Queens, Los Angeles and San Francisco and their histories, the emphasis is on the cultural aspects of the food and how the culture and the desire for this food is disappearing. There were once thousands of these delis and now there's fewer than 150 left in the entire U.S. Such luminaries as Larry King, Jerry Stiller, Fyvush Finkel, Freddie Roman and Alan Dershowitz as well as various deli owners express their love for the culture and the food.

Where to watch Deli Man