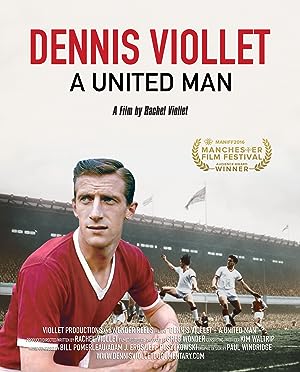 How to Watch Dennis Viollet: A United Man 2016 Online in The UK

The cast of Dennis Viollet: A United Man

What is Dennis Viollet: A United Man about?

Directed by Rachel Viollet, and featuring interviews with soccer legends; Sir Alex Ferguson, Bryan Robson, Denis Law, Nobby Stiles and Paddy Crerand, this inspiring documentary showcases the life of Manchester United and Busby Babe legend Dennis Viollet. A natural goal scorer, Dennis played a key role in catapulting Manchester United to the top of English soccer during the 1950's and 1960's. A member of the iconic Busby Babes team, Dennis survived the Munich air crash, where many of his teammates tragically lost their lives. After Munich, Dennis was instrumental in keeping Manchester United afloat, helping the club to become triumphant once again. In 1973 Dennis moved to America, where he pioneered the sport of soccer, guiding it to new levels of popularity. From the grass-roots level, to the professional ranks, Dennis forged a path for many youngsters who dreamed of playing the professional game in America. "Dennis Viollet - A United Man" is a story about a man who became a trailblazer, helping the game he loved to reach new levels of prestige and popularity, while touching the lives of many along the way.

Where to watch Dennis Viollet: A United Man