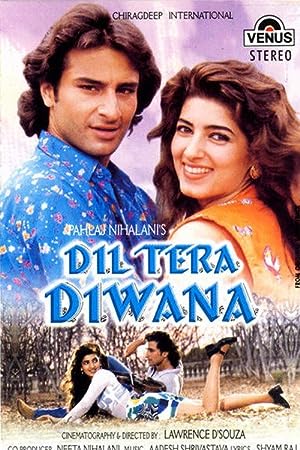 How to Watch Dil Tera Diwana 1996 Online in The UK

The cast of Dil Tera Diwana

What is Dil Tera Diwana about?

Flamboyant, dashing and handsome, Kumar, is the proud father of Ravi, his only son, and his pride and joy. When Ravi grows up, he meets with Komal, both fall in love with each other and would like to get married. Ravi mentions this to his dad, who initially approves, but later relents when he finds out who Komal's dad is. Ravi is dismayed as his dad has never refused him anything. Ravi sets out to discover what the reason(s) are behind his dad's refusal to accept Komal as his daughter-in-law, a decision which will not only endanger his life, but also create a rift between father and son.

Where to watch Dil Tera Diwana