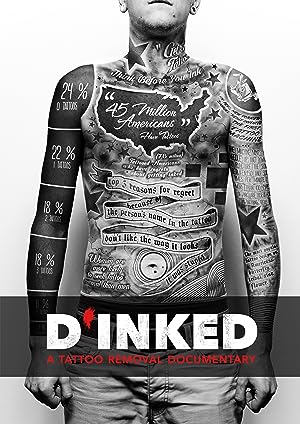 How to Watch D'Inked: A Tattoo Removal Documentary 2017 Online in The UK

The cast of D'Inked: A Tattoo Removal Documentary

What is D'Inked: A Tattoo Removal Documentary about?

D'Inked is a documentary about the development of laser tattoo removal technology and how it has changed the culture of tattoos. The film follows a man named Jake on his 5-year journey through the process of removing a full color half sleeve tattoo. The film also features interviews with prominent figures in the tattoo and laser removal communities discussing the technological, physical and ethical realities of removing what has always been considered a definition of permanent.

Where to watch D'Inked: A Tattoo Removal Documentary