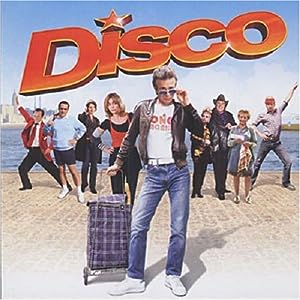 How to Watch Disco 2008 Online in The UK

The cast of Disco

What is Disco about?

Didier Travolta (Franck Dubosc) is a 40-year-old disco music fan who has no job, lives with his mother, and has a son he hasn't seen for a while in Britain. The mother of his son refuses to send him their son for the holidays unless he can offer him a real vacation, not just going to bars of the French port city of Le Havre. As the jobless Didier has no money, the only way he can see his son is by winning a dance contest organized by his friend Jackson (Gérard Depardieu), with the prize a vacation to Australia for two. Didier persuades his two former dancing buddies (Samuel Le Bihan and Abbes Zahmani) to get the once-famous "Bee Kings" group back on the dancefloor. Years have passed and they need a dance coach (Emmanuelle Béart) to get them ready for the competition. They soon find out that even if they once were the best, times have changed. Jobs, wives, love, ridiculous looks, old-fashioned clothes, talented contestants... Can they reclaim their past disco glory?

Where to watch Disco