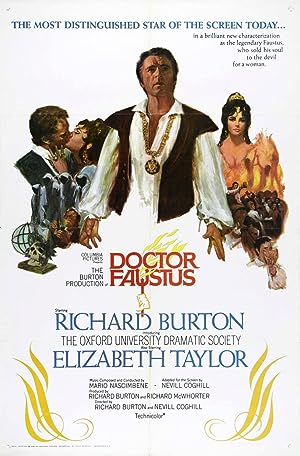 How to Watch Doctor Faustus 1967 Online in The UK

The cast of Doctor Faustus

What is Doctor Faustus about?

Faustus (Richard Burton) is a scholar at the University of Wittenberg when he earns his doctorate degree. His insatiable appetite for knowledge and power leads him to employ necromancy to conjure Mephistopheles (Andreas Teuber) out of Hell. He bargains away his soul to Lucifer in exchange for living twenty-four years during which Mephistopheles will be his slave. Faustus signs the pact in his own blood and Mephistopheles reveals the works of the devil to Faustus.

Where to watch Doctor Faustus