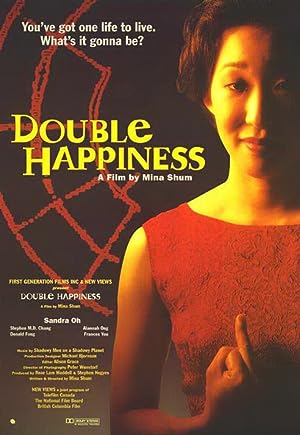 How to Watch Double Happiness 1994 Online in The UK

The cast of Double Happiness

What is Double Happiness about?

Twenty-two year old Chinese-Canadian Jade Li comes from a traditional Chinese family, who try to put on the perfect public persona at all cost so as to "save face". One primary part of this persona is prosperity. Jade's father hopes that true financial prosperity will become reality through penny stocks. Because of its instability, Jade's parents don't understand or widely publicize Jade's aspirations to be an actress. Their main want for Jade is to date and marry a nice Chinese boy, a goal for which Jade's extended family also strives as they are always trying to introduce her to Chinese boys. They believe that *the* boy is Andrew, with whom Jade even agrees to go out. But Jade, beyond wanting to be an actress, wishes her family had more western sensibilities. She is attracted to a slightly awkward but persistent Caucasian English graduate student named Mark. Jade has to figure out how to both please her family, who would not approve of her dating a Caucasian, and be true to herself.

Where to watch Double Happiness