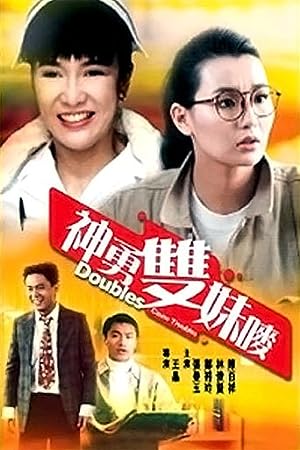 How to Watch Doubles Cause Troubles 1989 Online in The UK

The cast of Doubles Cause Troubles

What is Doubles Cause Troubles about?

Nurse Liang Shanbo (Carol 'Do Do' Cheng) and Actress Zhu Yingtai (Maggie Cheung) are mismatched cousins who just inherited a rental home from their late relative. When they moved in, they discover that a room has been rented out to a man named Ben, who turns out to be a criminal gangster. One night, when Ben returns home, bloodied and injured, he collapses into Yingtai's arms and whispers a code in her ear before he dies. Not knowing what the code leads to, Yingtai and Shanbo are later visited by a man claiming to be Ben's brother who wants to solve the case. In the meantime, gangsters believed to be involved with Ben's murder want to retrieve the code from the girls, whom they think were told by Ben what it actually unlocks.

Where to watch Doubles Cause Troubles