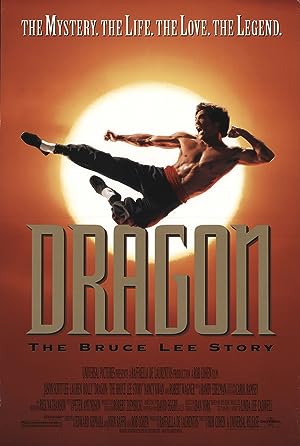 How to Watch Dragon: The Bruce Lee Story 1993 Online in The UK

The cast of Dragon: The Bruce Lee Story

What is Dragon: The Bruce Lee Story about?

Based on the life and career of Martial Arts superstar, Bruce Lee. Haunted by demons. Bruce was taught Martial arts at childhood. Bruce then was told by his father to flee to the United States. There, he opened up a Martial Arts school, then was chosen to be the Green Hornet's sidekick, Kato. Then, his big movie career that included "The Big Boss" and "Enter the Dragon". Fighting many enemies along the way, including his childhood demon.

Where to watch Dragon: The Bruce Lee Story