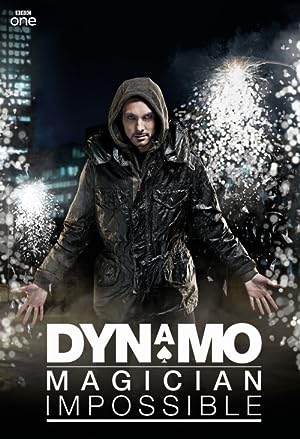 How to Watch Dynamo: Magician Impossible Online in The UK

The cast of Dynamo: Magician Impossible

What is Dynamo: Magician Impossible about?

Magician to the stars, Dynamo, travels the globe astounding everyone he meets. Dynamo has worked with the likes of Will Smith, Lindsay Lohan, Jay-Z and Russell Brand, been seen on Friday Night with Jonathan Ross and Comic Relief 2011, and now he comes to Watch with this completely exclusive new series featuring glamorous locations, mind-blowing stunts and A-list celebrities. This is the story of an ordinary boy from Bradford living an extraordinary life. Like his dear grandfather before him, Dynamo grew up practicing precision card-handling and developing powerful magical skills. In Dynamo: Magician Impossible, his very first television series, the 28-year-old travels the globe as the unassuming anti-hero who just happens to astound everyone he meets, whether international footballer or Hollywood actor.

Where to watch Dynamo: Magician Impossible