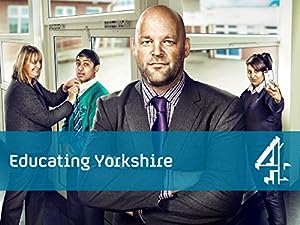 How to Watch Educating Yorkshire Online in The UK

The cast of Educating Yorkshire

What is Educating Yorkshire about?

"Educating Yorkshire is a British documentary television series broadcast on Channel 4. The eight-episode first series was first broadcast on 5 September 2013. It follows the everyday lives of the staff and students of Thornhill Community Academy, a secondary school in Dewsbury, West Yorkshire. A Christmas special entitled Educating Yorkshire At Christmas was aired on 19 December 2013." Copied From Wikipedia.

Where to watch Educating Yorkshire

Watch on All 4
No Thanks Allow