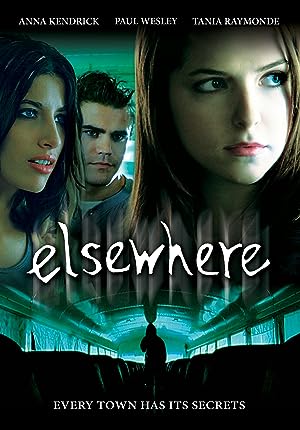 How to Watch Elsewhere 2009 Online in The UK

The cast of Elsewhere

What is Elsewhere about?

Sarah and Jillian have been best friends for so long they can't remember when their friendship started. Growing up in the small town of Goshen, Indiana the two girls couldn't be more different. Sarah is a star pupil and athlete, a 100-watt-bulb in a five-watt-town, while Jillian is star mischief-maker, a 100lbs-of-trouble in a five-pound-bag. Although both girls long to break free of the small-town life, Jillian is the first to act, revealing to Sarah that she has been meeting men on-line with the sole purpose of finding someone who will "take her away from this place". Soon thereafter, she disappears leaving Sarah with only a journal and a cryptic video message sent from her cell-phone. Sarah soon discovers that the town would rather forget that Jillian had ever existed. Distraught, she delves into the secrets surrounding her disappearance. Aided by, Jasper, the resident computer geek who secretly adores her, the two plunge head-long into Goshen's dark secrets -- uncovering corrupt police, jilted boyfriends, a mother driven mad by loss, and an unsolved string of child abductions. The final truth they unearth will rock the town to its foundations.

Where to watch Elsewhere