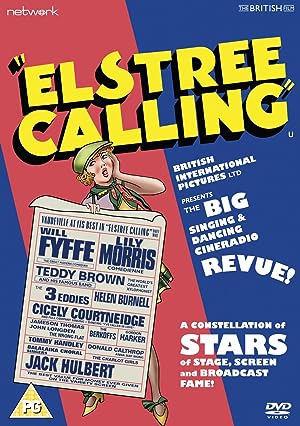 How to Watch Elstree Calling 1930 Online in The UK

The cast of Elstree Calling

What is Elstree Calling about?

A series of 19 musical and comedy "vaudeville" sketches presented in the form of a live broadcast hosted by Tommy Handley (as himself). There are two "running gags" which connect the sketches. In one, an actor wants to perform Shakespeare, but he is continually denied air-time. The other gag has an inventor trying to view the broadcast on television. Four of the sketches are in color (in shades of yellow and brown only).

Where to watch Elstree Calling