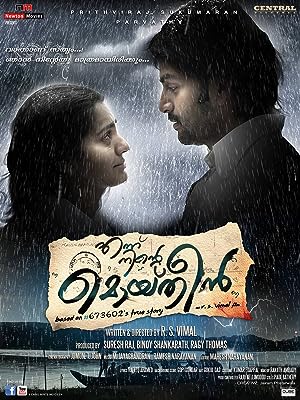 How to Watch Ennu Ninte Moideen 2015 Online in The UK

The cast of Ennu Ninte Moideen

What is Ennu Ninte Moideen about?

Set in the 1960s and 70s in Mukkam, Kerala, the film tells the tragic love story of Moideen who belongs to a renowned Muslim family and Kanchana Mala who is the daughter of a Hindu Thiyya aristocratic landlord. Since inter-religious marriages were a taboo then, the couple had to part ways as their families objected to their love affair. Moideen shifted ground to being a socio-political activist and Kanchanamala lived in her house under strict restrictions for 22 years. Both communicated through letters and language they had developed. Eventually Kanchanmala was caught and beaten mercilessly by her conservative relatives. The lovers then finally decide to go to America, for which Moideen arranges passport for Kanchanamala and himself. When he was returning with the passport, Moideen drowns in a boat mishap in the river Iruvazhinjippuzha in July 1982. This shatters Kanchana Mala. Kanchanamala attempts to commit suicide, but Moideen's mother holds her back. She takes Kanchanamala to Moideen's house. The film ends with the narrator saying that Kanchanamala survived her lover and lives all these years at Moideen's house as the unmarried widow of Moideen.

Where to watch Ennu Ninte Moideen