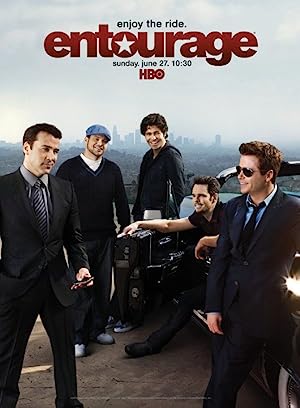 How to Watch Entourage Online in The UK

The cast of Entourage

What is Entourage about?

In this sitcom, the suddenly risen film star Vince Chase, a 'jeune premier' of humble origins, learns the ropes of the business and the high-profile world of the wealthy happy few in and around Hollywood, but not alone: he brings from his native New York his atypical 'entourage (hence the title), not glitterati or professionals but a close circle of friends since childhood, and his professional agent finds they often make his job harder as the Queens boys not only sponge on the star but also have his ear, so Vince is much harder to counsel. Vince chooses his friend from home Eric as his manager, and LA professional Ari Gold as his agent. Over the course of the Series, they progress from kids from Queens, to actors, to producers and chase the funding and support to try to make the perfect movie for Vincent.

Where to watch Entourage