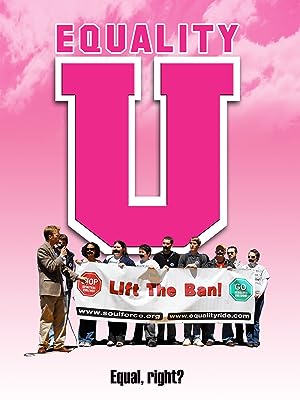 How to Watch Equality U 2008 Online in The UK

The cast of Equality U

What is Equality U about?

EQUALITY U is a feature-length documentary following 34 young activists on the Soulforce Equality Ride. At some stops they're welcomed with open arms, at others they're arrested for trespassing or for simply attempting to open up a dialog. At every stop though, they're connecting with young people who've often never met an openly gay, lesbian, bisexual or transgender person who is comfortable with who they are.

Where to watch Equality U