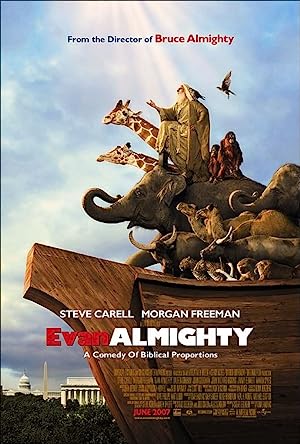 How to Watch Evan Almighty 2007 Online in The UK

The cast of Evan Almighty

What is Evan Almighty about?

Buffalo newsman Evan Baxter is elected to Congress with the slogan, "Change the world." He lucks into a huge house in a new Virginia suburb. His Capitol office is also fantastic, but there's a catch: he's tapped by the powerful Congressman Long to co-sponsor a bill to allow development in national parks. In steps God, who appears to a disbelieving Evan and gently commands him to build an ark. Tools and wood arrive in Evan's yard, animal pairs follow, his beard and hair grow wildly, nomad's clothes and a staff appear. Long grows impatient, Evan starts building, his family leaves him, reporters gather, and drought grips D.C. Still, Evan believes. But will he change the world?

Where to watch Evan Almighty