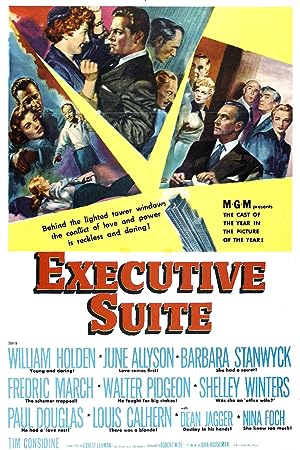 How to Watch Executive Suite 1954 Online in The UK

The cast of Executive Suite

What is Executive Suite about?

Avery Bullard, President of the Tredway Corporation has died. But he never named a clear successor, so the Board members must choose a replacement. The most likely is Loren Shaw, a skilled businessman, but some of the others don't like his calculating ways. But to stop him, they'll have to find someone else they can back. Will it be the engineer Don Walling? That will take convincing, they don't trust his youth and idealism. And he isn't even sure he wants the job, he might be happier creating rather than politicking.

Where to watch Executive Suite