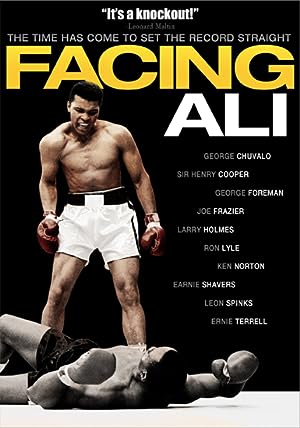 How to Watch Facing Ali 2009 Online in The UK

The cast of Facing Ali

What is Facing Ali about?

The life and career of Muhammad Ali (1942- ) as seen chronologically in archival footage: Ali as a fighter, a personality, a political lightening rod, and a man. Boxers who fought him describe what led up to major fights and the matches themselves; they also offer personal revelations about their own lives: George Chuvalo's family losses, George Foreman's conversion, Ken Norton's gratitude, Ron Lyle's teaching, Earnie Shaver's encounter with the Klan, and Joe Frazier's good humor pack their own punch. The fighters talk about Ali's quickness, cunning, and recuperative powers - and how fighting him changed their lives.

Where to watch Facing Ali