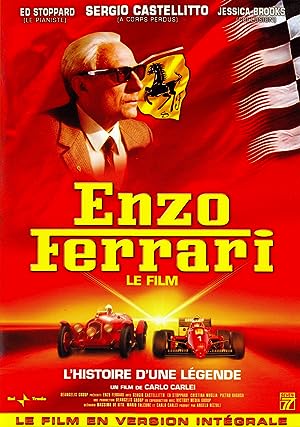 How to Watch Ferrari 2003 Online in The UK

The cast of Ferrari

What is Ferrari about?

When he is only ten years old, Enzo Ferrari runs to the next village only to watch a car race. Now the direction for his life is set. He starts immediately working on vehicles and as soon as he is old enough to drive a real car, he becomes a race car driver. Soon the young man shows ambitions in finding a racing team. He offers his services to Fiat but the team managers turn him down. Yet Alfa Romeo hires Ferrari and promotes him to team manager. With gusto Ferrari takes his family to the races. His wife objects to the noise and considers this environment inappropriate for little Dino, but Enzo's enthusiasm knows no restraint. He is determined to raise him as his successor. Ferrari's reputation grows and enables him to create his own company, Scuderia Ferrari. When he presents his employees (including Giuseppe Campari and Tazio Nuvolari) to the press, he explains that enthusiasm can be contagious. But when German troops come to Italy, Ferrari is accused of building weapons for the Italian resistance. Although one of the officers is a fan of Ferrari and tries to protect him, Ferrari must hide. After the war Enzo Ferrari rebuilds his destroyed factory, and begins pushing himself to his limits. Once he is back in business and has recovered from exhaustion, he finds out that Dino suffers with an especially severe form of muscular dystrophy. Enzo regrets not having spent more time with him, a thought which will haunt him for the rest of his life.

Where to watch Ferrari