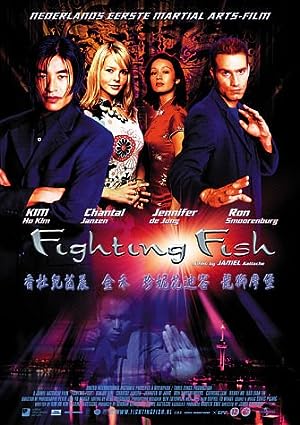 How to Watch Fighting Fish 2004 Online in The UK

The cast of Fighting Fish

What is Fighting Fish about?

Fighting Fish is the first martial arts film produced and set in the Netherlands, about a young Chinese man from Hong-Kong, who travels to the west when he hears that his brother was killed during fight between two gangs in Rotterdam. When he arrives he immediately puts his raging fists to use when he tries to take revenge on the gang that killed his brother. But soon he realizes that nothing is what is seems, and he tries to find the true story behind his brother's death. But his search for the truth gets an unexpected turn when he falls in love with a Dutch girl, with all kinds of trouble as a result...

Where to watch Fighting Fish