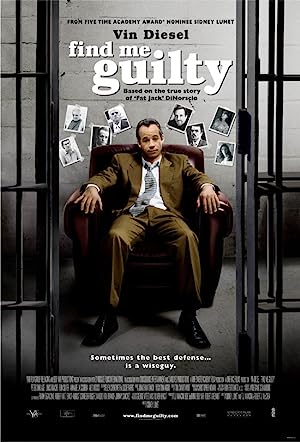 How to Watch Find Me Guilty 2006 Online in The UK

The cast of Find Me Guilty

What is Find Me Guilty about?

The mobster Jackie DiNorscio is shot by his own cousin at home while in probation but survives. Later he is arrested dealing drugs and sentenced to thirty years in prison. The prosecutor Sean Kierney proposes a deal to Jackie, immediately releasing him if he testifies against the Lucchese family and other mafia families but Jackie does not accept to rat his friends that he loves. When the trial begins, he asks the judge Finestein to defend himself without the assistance of a lawyer.

Where to watch Find Me Guilty