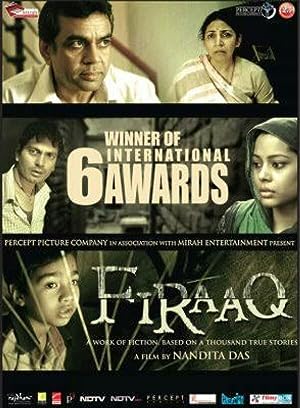 How to Watch Firaaq 2008 Online in The UK

The cast of Firaaq

What is Firaaq about?

Following riots in Gujarat, Arati experiences guilt when she did not open her door to shelter an injured Muslim woman. Her husband, Sanjay, had looted merchandise from shops, and his brother, Devan, had even sexually molested Muslim women. A young lad, Mohsin, leaves the safety of an army-guarded camp to look for his father. Meanwhile Music maestro, Jahangir Khan, faces isolation. Sameer Shaikh and his Hindu wife, Anuradha, decide to re-locate to Delhi. Muneera suspects her Hindu friend, Jyoti, of setting her house on fire, while biased police officers continue oppressing Muslims and five Muslim men find a gun and attempt to seek vengeance.

Where to watch Firaaq