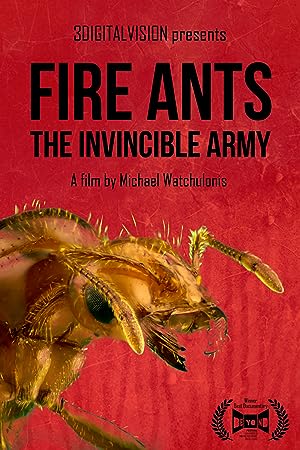 How to Watch Fire Ants 3D: The Invincible Army 2012 Online in The UK

The cast of Fire Ants 3D: The Invincible Army

What is Fire Ants 3D: The Invincible Army about?

For more than 80 years, Solenopsis Invicta has been on a ceaseless march across the United States, racking up six billion dollars every year in crop damage, equipment repair, and pest control. They have conquered more than 320 million acres in 13 states and killed at least 80 people. And the invader is still on the move. Globally. Now, scientists are cracking the ant's ancient secrets to success and breeding winged assassins to hunt them down. Stunning 3D macro photography explores the secret world of the fire ant and the cutting-edge research into stopping it.

Where to watch Fire Ants 3D: The Invincible Army