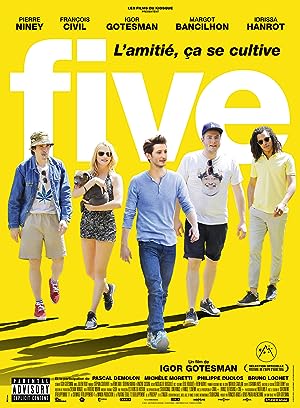 The cast of Five

What is Five about?

Five childhood friends have always dreamed of being roommates. When the opportunity arises for them to move in together, Julia, Vadim, Nestor, and Timothée jump at the chance, especially when Samuel offers to pay half the rent. Hardly have they moved in when Samuel suddenly winds up penniless. He decides not to tell the others and instead starts selling weed to pay his share. But not everyone is cut out to be a dealer, and when the going gets tough, Samuel has no choice but to turn to the only family he has left: his friends.

Where to watch Five