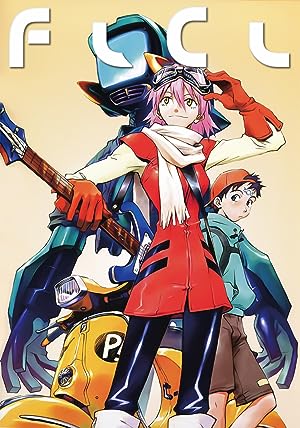 How to Watch FLCL Online in The UK

The cast of FLCL

What is FLCL about?

Naota is a normal student living with his abnormal father and grandfather. One day, a seemingly insane girl named Haruko blazes in from out of nowhere on her Vespa, wielding an electric guitar with a buzzsaw! Haruko moves in with Naota under the pretense of being a housekeeper, but Naota knows there's something obviously strange about her. To make matters worse, large shapes are growing out of his head, hatching into large monsters that Haruko makes her mission to kill. Who is Haruko really, and what is she after? You won't find out until the end of this bizarre story.

Where to watch FLCL