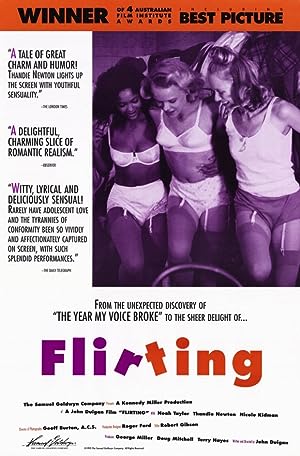 How to Watch Flirting 1991 Online in The UK

The cast of Flirting

What is Flirting about?

Danny has been sent to boarding school, in this sequel to The Year My Voice Broke. Against a backdrop of bullying and sadistic teachers Danny strikes up an affair with an African girl, Thandiwe, studying at a nearby girl's school. Their affair blossoms while everyone tries to stop it. Nicole Kidman also appears as a sexually repressed senior at Thandiwe's school.

Where to watch Flirting