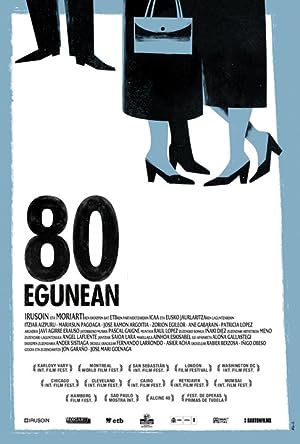 Axun and Maite met at secondary school during a repressive era that never allowed their relationship to go beyond friendship. Later on, their paths led them apart: Axun got married and moved out to the country to live on a farm, while Maite traveled the world, clarified her sexual orientation in her own mind, and now, having had a successful career as a piano teacher, she has returned to San Sebastian to take up her retirement. Fifty years on, Axun and Maite, now both seventy, meet up by chance while visiting patients in hospital. At first, they don't recognize one another, but soon long- suppressed feelings begin to emerge once more with the same intensity, and Axun is aware for the first time of her chance to start something entirely new. Feelings once illicit which, fifty years ago, she was unable and forbidden to identify, force her to reassess her marriage and to embark on a journey of self-knowledge. When Maite invites her to the island of Santa Clara, Axun has to decide whether to obey her heart, or her reason....

Where to watch For 80 Days