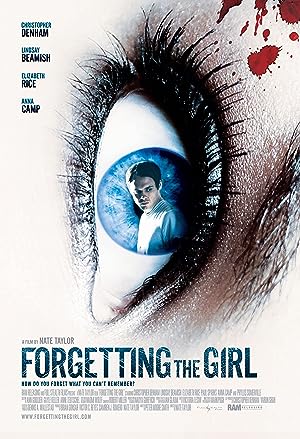 How to Watch Forgetting the Girl 2012 Online in The UK

The cast of Forgetting the Girl

What is Forgetting the Girl about?

Haunted by a traumatic history, photographer Kevin Wolfe (Christopher Denham) struggles to systematically forget all his bad memories, but erasing his past threatens to consume his future. Kevin is obsessed with finding a girl who can help him forget his unpleasant past. However, all his encounters with the opposite sex inevitably go afoul, creating more awkward experiences than he can cope with. As the rejections mount, Kevin's futile search for happiness and love becomes overwhelmingly turbulent, forcing him to take desperate measures. Shot in a variety of NYC locales, from Hell's Kitchen to Greenpoint, Forgetting the Girl is a gritty vision of the city and its denizens. The tightly-woven drama blends recollections with reality to craft an intense character study of the psychologically-scarred protagonist. As beautiful as it is dark, the tense narrative slowly boils under the surface until it unleashes an unsettling climax that will not be easily forgotten.

Where to watch Forgetting the Girl

More than just a streaming channel, Flix Premiere is committed to a cause of highlighting truly independent and creative films outside the mainstream, big budget studio offerings.

Got a question about Flix Premiere?

No. The channel is dedicated to streaming independent cinema.
The channel is available on a wide range of devices, including Chromecast and Roku. But users will have to purchase a separate subscription.
Both platforms have a similar agenda. Flix Premier offers a bit more than MUBI in terms of connecting with the independent film community.