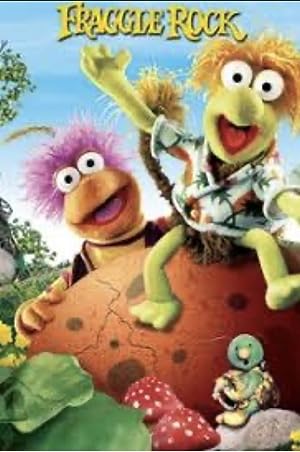 How to Watch Fraggle Rock Online in The UK

The cast of Fraggle Rock

What is Fraggle Rock about?

Doc and his dog Sprocket have a hole in their wall, behind which live little furry creatures known as Fraggles in a place called Fraggle Rock. The Rock is also home to the Doozers (who are knee-high to a Fraggle) and the Gorgs (who are giants that think they rule the Rock). One gang of Fraggles (Gobo, Mokey, Wembley, Boober, and Red), under the guidance of the all-knowing Trash Heap (Marjorie), learn about each other and their neighbors and eventually befriend the Doozers, the Gorgs--and even Doc and Sprocket. Meanwhile, Gobo's Uncle Matt explores Outer Space (our world) and sends postcards to his nephew about the Silly Creatures (that's us).

Where to watch Fraggle Rock

Apple TV is a streaming media player, which lets you watch TV Shows and original series, listen to music, play games, and use other types of apps from the Internet on your TV, Laptop or Mobile.

Got a question about Apple TV+?

Yes, Apple TV comes with a 7 day free trial option.
Apple TV is available for $4.99/month after your free trial
Apple is a great choice for those who currently have Apple devices. However, there is a wider range of choice with Roku in terms of content and alternative providers.