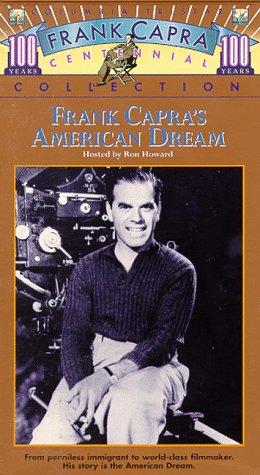 What is Frank Capra's American Dream about?

The life and career of legendary, three-time Oscar winner Frank Capra is explored in this acclaimed documentary through clips from his films, interviews with friends, family, and co-workers, and revealing archival film including footage of Capra himself. The director started as a poor Italian immigrant and through ambition, hard work, and talent singlehandedly put Poverty Row Columbia Studios on the map with classics like "American Madness," "Lost Horizon," and "Meet John Doe," as well as Oscar winners "It Happened One Night," "Mr. Deeds Goes to Town," and "You Can't Take It with You,'' culminating with his masterpiece, "It's a Wonderful Life." Capra's professional and personal philosophy of "One man, one film predated the auteur theory by decades. Capra's wartime service and educational TV experience are detailed along with his two last features, "A Hole in the Head" and "Pocketful of Miracles," made after the collapse of the studio system resulting in the director's premature retirement.