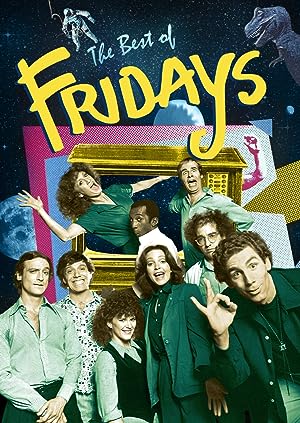 How to Watch Fridays Online in The UK

The cast of Fridays

What is Fridays about?

Essentially, this was the show that everyone was tuning into after The Not-Ready-For-Primetime-Players left Saturday Night Live. SNL's new cast was bombing badly, with only two cast members gaining any recognition (Eddie Murphy and Joe Piscopo). Fridays was doing well, until reality intruded in the form of Nightline with Ted Koppel. Originally, Koppel's news show was simply an update to the Iranian Hostage Crisis. Each night ABC would begin a summation of the days events in Iran immediately after the local news. Koppel's show became a permanent fixture, and was expanded to a full hour. Rather than start the show on Fridays at 12:30am, ABC tried to move the show to primetime, at 8pm, and on a different day of the week, no less! The last latenight episode featured Melanie Chartoff and Brian Mahler remaining in character but going off script and complaining about going to primetime. And they were right. The latenight audience did not find them, and the show was cancelled shortly thereafter.

Where to watch Fridays