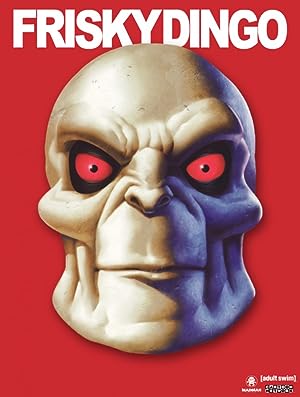 How to Watch Frisky Dingo Online in The UK

The cast of Frisky Dingo

What is Frisky Dingo about?

Xander Crews is a billionaire playboy whose alter ego is the superhero Awesome X. He'd much rather goof around as a superhero than tend to the everyday aspects of running a corporation. The only problem is that Awesome X has gotten rid of every super-villain in the city, and now his board head Stan wants him to retire as a hero and get down to saving the company he's been running into the ground with his superhero expenses. Coincidentally, a new super-villain named Killface appears. His goal is to destroy humanity using the Annihilatrix, a machine which upon completion will hurl the earth into the sun. The only problem is that he has no way of getting the 12 billion dollars needed to complete his doomsday device. Luckily there happens to be a billionaire playboy in town...

Where to watch Frisky Dingo