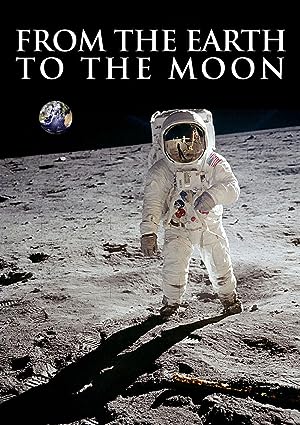 The cast of From the Earth to the Moon

What is From the Earth to the Moon about?

The twelve episodes follow the Apollo space program from a variety of viewpoints: (1) "Can We Do This?" maps the origins of Apollo and its Mercury and Gemini roots; (2) "Apollo 1" tells of the tragic fire and the subsequent finger-pointing; (3) "We Have Cleared the Tower" portrays the intense preparation for Apollo 7; (4) "1968" puts Apollo 8 into its historical context against events of the era; (5) "Spider" shows the engineering POV through the design, building, and testing of the LEMs with Apollos 9 and 10, (6) "Mare Tranquilitatis" shows the deeper considerations behind the historic Apollo 11 lunar landing; (7) "That's All There Is" portrays the camaraderie of the Apollo 12 crew; (8) "We Interrupt This Program" shows a by-now-indifferent media galvanized by the events of Apollo 13; (9) "For Miles and Miles" tells of Alan Shepherd's return to the manned program with Apollo 14 after being grounded between Mercury and Gemini; (10) "Galileo Was Right" show the non-piloting demands on the Apollo 15 astronauts as they train in lunar field geology; (11) "The Original Wives Club" gives the female POV through the wives of the New Nine; and (12) "La Voyage Dans La Lune" brings things full circle by contrasting Georges Méliès's vision and drive in creating his 1902 film with Apollo 17 and the Apollo program's close.

Where to watch From the Earth to the Moon

More Action movies like From the Earth to the Moon

More Action tv shows like From the Earth to the Moon