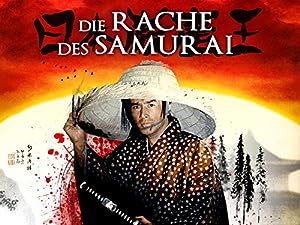 How to Watch Nihon Gankutsuou Online in The UK

The cast of Nihon Gankutsuou

What is Nihon Gankutsuou about?

Japan in the year 1637, the city of Edo is celebrating the wedding of the young Samurai Aoi Tsinoske and his maid Miyuki. But at the same time Shogun Iemitsu receives the message that a violent revolt is taking place in Kyushu. The infamous Shimbara-Rebellion is threatening his reign. Iemitsu reacts immediately and sends out 3.000 warriors to beat the rebels. As a noble samurai and one of the best warriors, Tsinoske becomes one of their leaders and kicks off at the same night of his wedding. In Kyushu, Tsinoske and his army are surprised by the strong resistance of the rebels, which forces them into a series of bloody fights. But the most danger for Tsinoske is not in front of him, its lurking behind his back! His own cousin Kamiya Jyudayu - who is extremely jealous about Tsinoske's successful career and his wife Miyuki - is spinning an evil scheme around him. Together with his best friend Sagenta, his superiors and a business partner, Jyudayu is able to set a trap for the noble samurai. Their plan seems to work, Tsinoske falls in disgrace, but the officials are too afraid to kill a noble samurai too quickly. So they sentence him to be imprisoned on the infamous hell-island, where he should find a painful and slow death, while his traitors come back as heroes. But against all odds, Tsinoske is able to survive with the help of a monk and a former rebel. After 10 painful years he manages to escape hell-island to seek fatal revenge on his traitors.

Where to watch Nihon Gankutsuou