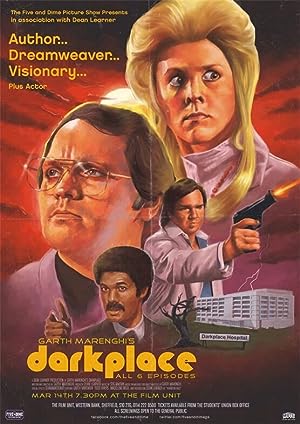 How to Watch Garth Marenghi's Darkplace Online in The UK

The cast of Garth Marenghi's Darkplace

What is Garth Marenghi's Darkplace about?

In the 1980s horror writer Garth Marenghi wrote, produced, directed and starred in Darkplace, a groundbreaking series set in a hospital and exploring the depths of the author's imagination. At least that's what Marenghi and his publicist/co-star, Dean Learner, claim in modern-day interviews which both bookend and interrupt the episodes. In fact the show is cheap, chiché'd, full of gaping plot holes and startlingly misogynist. Garth Marenghi is a creation of comedian Matthew Holness, who won a Perrier award with the character at the 2001 Edinburgh festival.

Where to watch Garth Marenghi's Darkplace