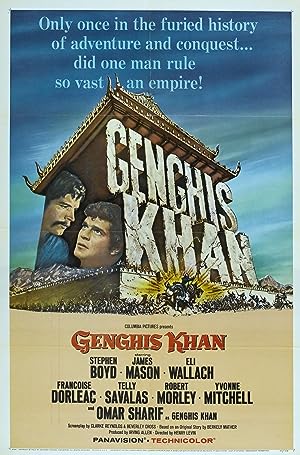 How to Watch Genghis Khan 1965 Online in The UK

The cast of Genghis Khan

What is Genghis Khan about?

Mostly fictionalized account of the life of Ghenghis Khan, the Mongol warlord whose 13th century armies conquered much of the known world. Named Temujin, he was taken prisoner by the rival warlord Jamuga and as punishment was forced to wear a large round wooden stock that severely restricted his movements. With the help of two supporters, the wise-man Geen and the strongman Sengal he manages to escape. He now begins his quest to unify all of the Mongol tribes. He faces great success but his old nemesis Jemuga keeps appearing at various times in his life leader to a final battle between the two.

Where to watch Genghis Khan