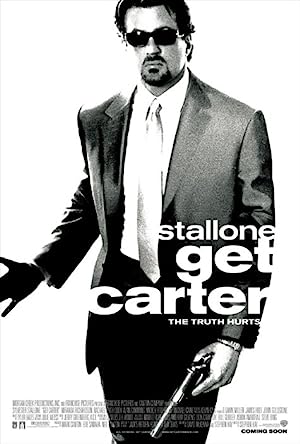 How to Watch Get Carter 2000 Online in The UK

The cast of Get Carter

What is Get Carter about?

Years ago, Jack Carter left his Seattle home to become a Las Vegas mob casino financial enforcer. He returns for the funeral of his brother Richard 'Richie' after a car crash during a storm, atypical of the careful house-father. Talking to the widow, daughter Doreen and enigmatic Geraldine, Jack suspects it was murder. Cliff Brumby, whose club Richie ran, is financially linked to porn and prostitution baron Cyrus Paice, who claims to be just a front-man for ITC tycoon Jeremy Kinnear. Someone hired goon Thorpey to make Jack return to Las Vegas. There Jack's partner Les Fletcher is restless, apparently about their boss Con McCarty whose wife had an affair with Jack. Someone breaks into Richie's home, looking for a crucial CD.

Where to watch Get Carter