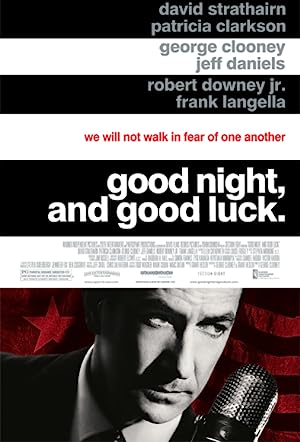 How to Watch Good Night, and Good Luck. 2005 Online in The UK

The cast of Good Night, and Good Luck.

What is Good Night, and Good Luck. about?

In the early 1950's, the threat of Communism created an air of paranoia in the United States and exploiting those fears was Senator Joseph McCarthy of Wisconsin. However, CBS reporter Edward R. Murrow and his producer Fred W. Friendly decided to take a stand and challenge McCarthy and expose him for the fear monger he was. However, their actions took a great personal toll on both men, but they stood by their convictions and helped to bring down one of the most controversial senators in American history.

Where to watch Good Night, and Good Luck.