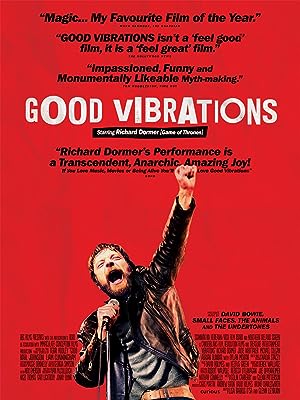 How to Watch Good Vibrations 2012 Online in The UK

The cast of Good Vibrations

What is Good Vibrations about?

In 1970s Belfast, Terri Hooley is an idealistic rocker who finds himself caught in the middle of Northern Ireland's bitter Troubles. Seeing a parallel in the chaos with Jamaica, Hooley opens a record shop, Good Vibrations, to help bring reggae music to his city to help encourage some harmony. However, Hooley soon discovers a new music genre, punk rock, and is inspired by its youthful vitality to become an important record producer and promoter of the local scene. In doing so, Hooley would struggle both with the industry's realities and his chaotic personal life that threaten to consume him. However, he would also be instrumental in creating an alternative Irish community that would bridge his land's religious and social rivalries with an art no one expected.

Where to watch Good Vibrations