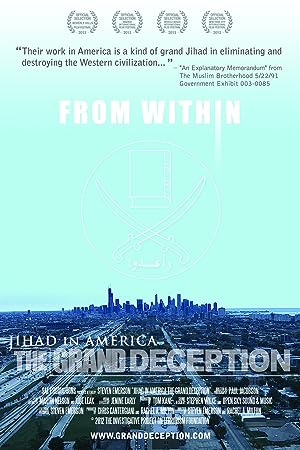 How to Watch Grand Deception 2012 Online in The UK

The cast of Grand Deception

What is Grand Deception about?

It is a threat that is right in front of us -- just below the surface and hidden in plain sight. 'Jihad in America: The Grand Deception' exposes the history and structure of the subversive menace behind the public mask -- The Muslim Brotherhood in America. This investigative documentary exposes how Muslim Brotherhood-linked leaders rose to prominence right here in the United States, and how they exploit American values under the cover of religion for their ulterior political agenda. - 70-minute film unmasking the covert infrastructure of inside the United States - Based on an extensive collection of primary source materials, including internal records of the MB, startling first-person accounts and chilling and exclusive undercover video and audio of these groups behind closed doors

Where to watch Grand Deception