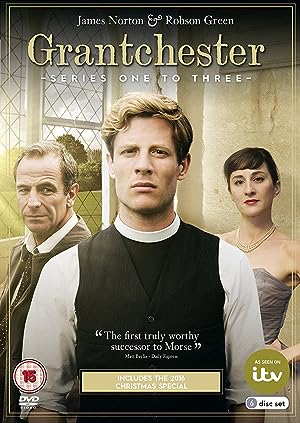 How to Watch Grantchester Online in The UK

The cast of Grantchester

What is Grantchester about?

It's 1953, and Sidney Chambers is vicar of Grantchester, a village just outside Cambridge. Sidney's life is a quiet life - right up until the moment that murder comes his way. Pushed into the dangerous world of lies, betrayal and murder, Sidney quickly finds that his insight into the human condition, and the natural trust that he engenders in people, means that he excels in his new position as 'detective'. Joining Sidney as he journeys into this dark world is the affable but world-weary Detective Inspector Geordie Keating, the naive, but well-meaning curate Leonard Finch, and his austere and constantly disapproving housekeeper Mrs Maguire. But crime isn't the only matter that occupies Sidney. He's smitten with the witty, beautiful, Amanda, but could high society Amanda ever be allowed to marry a lowly country vicar? Can you still see the best in people when the world of murder asks you to see the worst?

Where to watch Grantchester