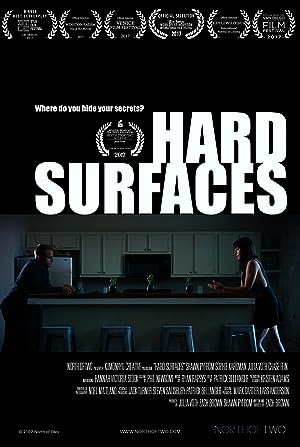 How to Watch Hard Surfaces 2017 Online in The UK

The cast of Hard Surfaces

What is Hard Surfaces about?

The Moleskin Diary is about Adrian, a self-made man. When his parents were killed in a tragic accident, 7-year-old Adrian was left to bounce around the United States with his older sister, learning the ways of the world on his own... Cut to, Adrian in his late 20s. He is a famous photographer that has earned a reputation and following for his unique style of photography. He invites drug addicts into his studio and shoots them while they do their drug of choice. Living the fast and wild life of a semi-celebrity, Adrian parties hard to drown out his past, but is high functioning and doesn't let partying get in the way of his professional life. Life appears to be going perfectly for Adrian and his trophy-girlfriend Liz, until his sister Samantha and her partner Leslie suddenly die, leaving Adrian as the sole guardian of their 9-year-old daughter Maddy. Adrian has never met Maddy but is determined to keep her from experiencing a childhood like his own. Even with Maddy around he fights to hold on to his carefree life. Adrian ultimately realizes that his life as he knew will have to change dramatically in order for him to keep custody of Maddy. His relationship with Liz, his career, and his social life are first up on the chopping block.

Where to watch Hard Surfaces