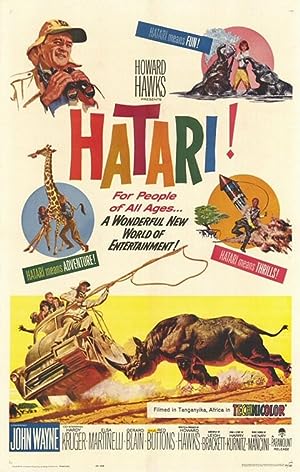 The cast of Hatari!

What is Hatari! about?

Sean Mercer (played by John Wayne) runs a business in East Africa. He and his team capture wild animals for zoos. It is dangerous work - on of his men almost dies after being gored by a rhino. He accepts a request from a photographer to join his business and capture their experiences but is very surprised, and bit inconvenienced, when the photographer turns out to be a woman. However, over time he grows fond of her. Meanwhile, plans to capture certain animals lead to all sorts of plans and adventures.

Where to watch Hatari!