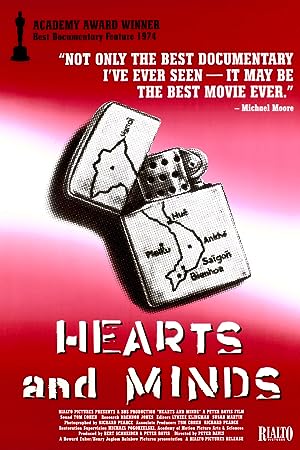 How to Watch Hearts and Minds 1974 Online in The UK

The cast of Hearts and Minds

What is Hearts and Minds about?

This film recounts the history and attitudes of the opposing sides of the Vietnam War using archival news footage as well as its own film and interviews. A key theme is how attitudes of American racism and self-righteous militarism helped create and prolong this bloody conflict. The film also endeavors to give voice to the Vietnamese people themselves as to how the war has affected them and their reasons why they fight the United States and other western powers while showing the basic humanity of the people that US propaganda tried to dismiss.

Where to watch Hearts and Minds