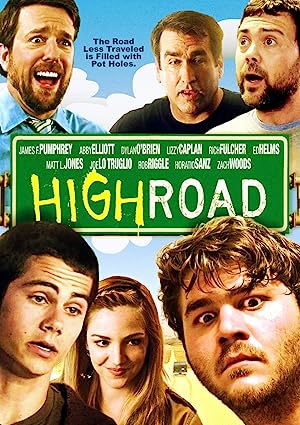 How to Watch High Road 2011 Online in The UK

The cast of High Road

What is High Road about?

High Road showcases a totally improvised script about Glenn "Fitz" Fitzgerald (James Pumphery), a young man whose loyalties are split among his band, his girlfriend Monica (Abby Elliott) and selling weed. After his band breaks up, Fitz finds himself dealing pot out of his garage and bonding with a rebellious 16-year-old Jimmy (Dylan O'Brien). As his former band mates (Zach Woods, Matt L. Jones, Lizzy Caplan) find success and one of his drug deals goes awry, Fitz and Jimmy hit the road. Amid guns, broken bones, sassy cabbies, rude hookers, and a suspicious doctor (Horatio Sanz), Fitz has to navigate their way to safety-and he doesn't even know about the surprise Monica has in store for him back home!

Where to watch High Road